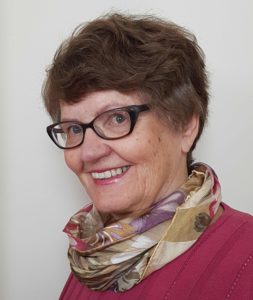 Presentation: “The Challenges of Translating Kalevala”

Bio:
Kaarina Brooks, a retired elementary school teacher, emigrated from Finland with her parents and sister in 1951. Since early childhood, writing and art have played a huge part in her life. Her short stories, articles and poetry have appeared in newspapers, magazines, e-zines, literary journals and anthologies. She has written children’s books, romance novels, a cookbook, a social history, a colouring book, and two bilingual books of her poetry, among other works. She also has done translations, like the Finnish folk tales—Foxy, Peikko and Bear—and The Kalevala – Tales of Magic and Adventure. A few years ago she started her own publishing business: Wisteria Publications, so now all her work can be found under one umbrella. Recently she finished translating the Old Kalevala (1835) as well as the New Kalevala (1849).

Thumbnail sketch:
“The Challenges of Translating Kalevala”.
Kaarina will outline for you the challenges she faced when doing the translations of both the Old and the New Kalevala . And she will tell you why—in her opinion—this New Kalevala is better than the previously translated works.